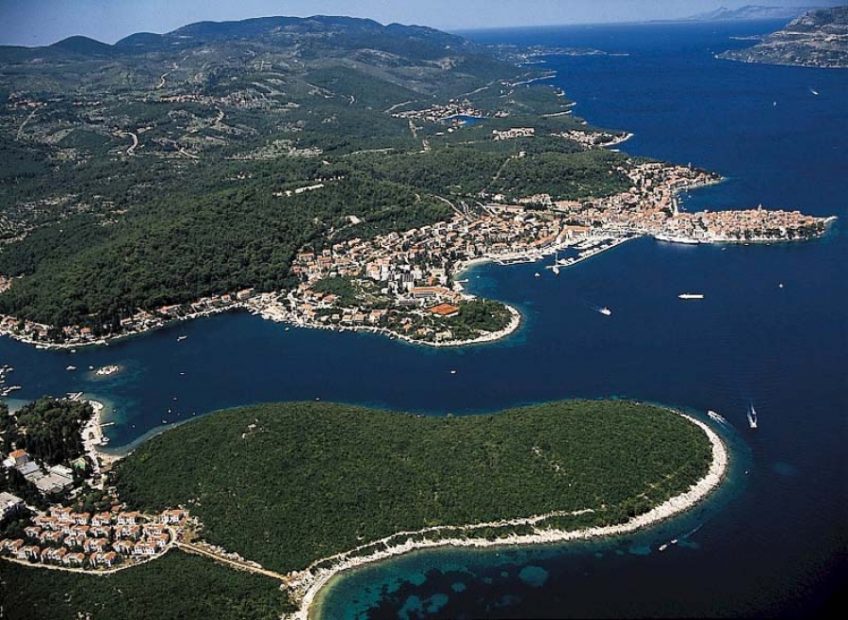 We will take on the ride along Korcula archipelago which inclueds about twenty smaller islands,islets and rocks that make up a unique oasis of beauty.Among the most famous is Badija where there is a Franciscan monastery from the 15th century, and since 1949. to 2002. was a sports and recreation center in which they were practicing many sports stars of the Croatia and the former Yugoslavia. Then there is the only inhabited island of the archipelago, Vrnik where there are two quarries from which the extracted stone for the construction of Korcula, Dubrovnik, Hagia Sophia, the White House and a number of famous buildings in Croatia and all over the world. Stone from Vrnik stands out by its quality and whiteness.The third major islet is· Majsan, its still insufficiently investigated prehistoric site. Not to mention all, each island has its one interesting anecdote. Vegetation on all islands is rich and varied, and· on some were planted vineyards. Due to strong currents the sea that surrounds them is clean and clear blue-greenish. In the end we’ll take you to the first colony of Greeks in the Adriatic Sea,· Lumbarda , where you can look at summer homes of old aristocratic families and the unique vineyards from which emerges the famous wine Grk. Before returning you will have free time for walking or swimming on the beautiful sandy beaches.

We are a family run travel agency established in 2005, and we have been growing strong since then. We proud our selves of being a friendly, outgoing and ready accommodate all your traveling needs. Besides accommodation and rentals the core of our business is tailor made day tours, from the historic overview of the old town to cycling and swimming day trips. Come and visit us when in Korčula. We are located right opposite of the old town entrance on Plokata main square. Be a part of our family. Sincerily yours Andrej & Antonija